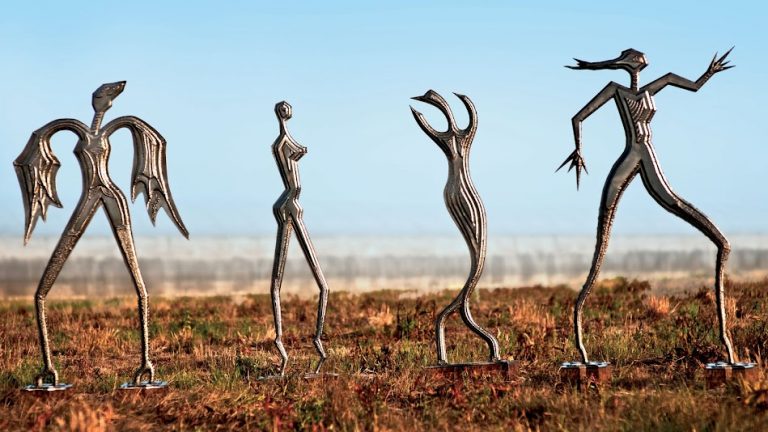 Art, Article, Culture, Photography, Sculptures
Luxury Splash Of ArtNovember 14, 2021
The King was relentless. Nothing stopped him from shooting a photograph that would shock our senses. If it meant rushing into a toilet to photograph Billy Idol or The Ramones, he was ready, quick to chronicle what was happening. He’d even strip off his clothes, catch the likes of Grace Jones and Brian Ferry unawares, and take his revealing shot. Irreverent and always provocative, Stephan Lupino was New York royalty, the visionary artist whose erotic photos graced the covers of Playboy and Vogue magazines. Lupino, taking an original direction in photography back in the 1980s, is still heralded for mingling with A-List celebrities, international power brokers, and off-beat artists. He defined “edginess,” a vibe encompassing sensual desire and vulnerability. Lupino was the ruler of the Night–and its sins. He was the dark King. 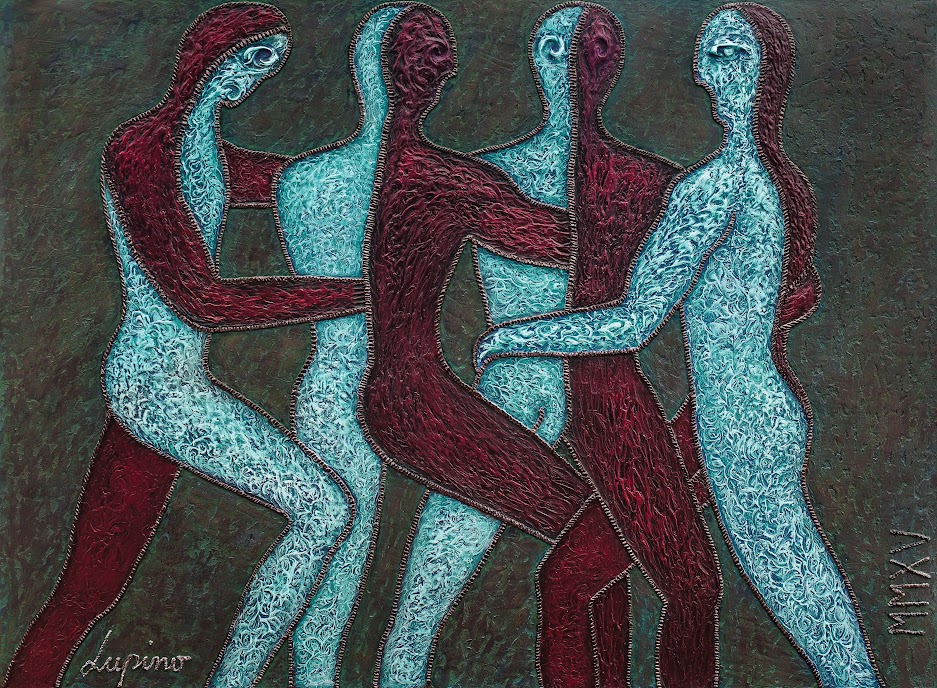 But life eventually intervened. War broke out in his native Croatia (1991). Emotionally impacted by the war’s atrocities. He left the New York glitter scene, and returned home.“I couldn’t watch all the suffering and bloodshed without doing something,” says Lupino, his voice still shaken by the memories of the hostilities. “I just couldn’t do nothing.”The War of Independence or “Homeland War” dragged on for four years. Croats battled Serbs, the geo-political map changed, and so did Lupino. A humanitarian, wanting more than superficial nightlife, he threw himself into sculpture and painting. Here he felt he could be more engaged, reveal his emotions more effectively. 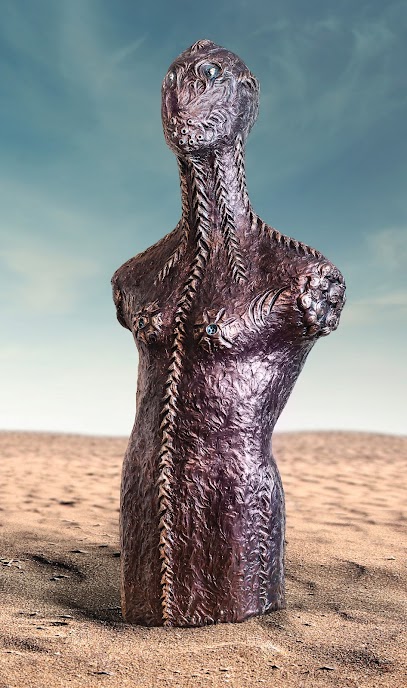 In his defiant, 4-meter-high bronze statues he exalts his “fire and passion,” creating self-dubbed “majesties” that “reach out to heaven and beyond”. These delicately-shaped works are emblematic of his own larger-than-life spirit, his picturing “troubled energy…discomforting impermanence…and conquering it with “raw beauty.”The soul and body must be strong to overcome life’s struggles–and in Lupino’s world, where soldiers still impact his vision, he dotes on wood and metal. Especially when creating wooden–and defiant–torsos.The Love Soldier is total sensuality–according to him, “breathing and living.” It “communicates military strength and the power of a Centurion with the eroticism of an engorged phallus bracketed in steel armor”–a symbolic representation that Love can still emerge triumphant. 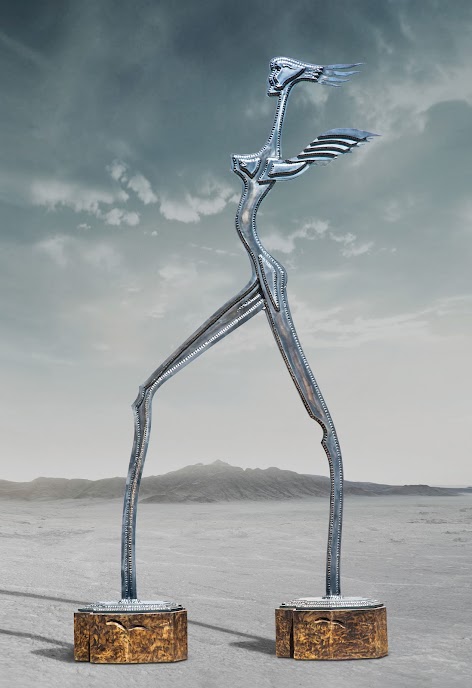 Lupino is also the advocate for the less-fortunate, the afflicted by life’s cruelties. Witness the joyful portraits in his Down’s Syndrome collection, and My Angels, a more sombre project which portrays a collective mood of hope and despair of terminally-ill children in a cancer ward. Still devoted to being the provocateur in his often erotic and cryptic works (known as Lupinizam), he cheerfully emphasizes, “I am not a typical artist. People can’t classify my work.“It’s crazy, surreal, and enlightened energy,” he insists, now looking forward to an exhibition of his photos in China, and the upcoming publication of a book looking back at his halcyon days in New York. “(My work) is a hundred years ahead of its time. I eject what is inside me and feel a connection to some higher force, to God’s cosmic energy. 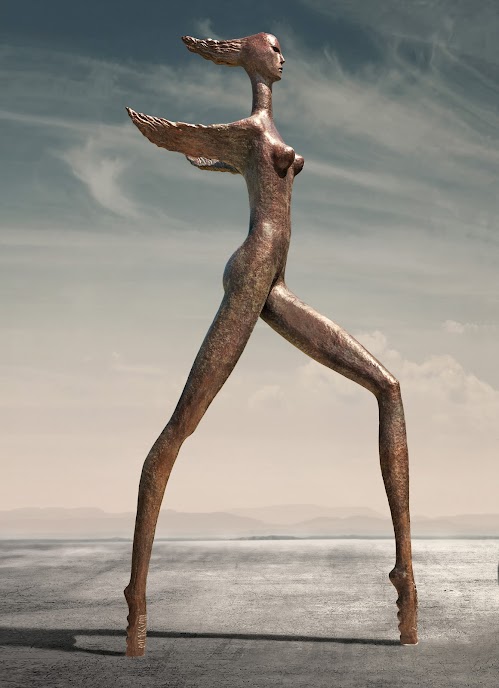 So when eyeing his work be prepared for a wild journey, a flamboyant exploration of the Unfathomable. Once satisfied with using “mechanical and technological tools to capture the essence of living images,” Lupino is now investigating such universals as brutish sexuality, suffering, ugliness and damnation in his sculpture and painting. Still the bold innovator, he pictures emotionless, faceless figures wrapped in gauze, lifeless couples, and dancers locked in rhythmic but sterile rituals–the sexuality of erotic subjects yet still a pervasive sense of moral decay. Describing his Another World cycle, Lupino says, “the puppets are apocalyptic…Everything in the world affects me. The biggest problem is human greed…there has been a collision. The rich want more and more, there are the poorer and poorer…No one wants to work. But I am still an optimist.” Perhaps. 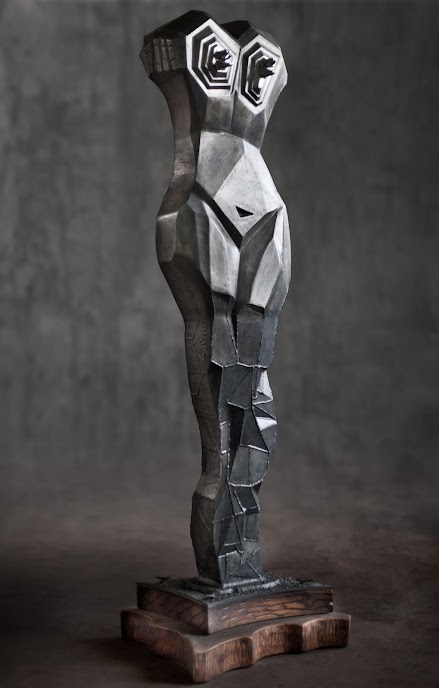 He still makes mocking references to organized religion, politics with its corruption, and other cultural icons. These are seen in a series of works such as Apocalypse, The Death of Lucifer and Cataclysm. Yet he remains the humorous rogue. When asked who he would like to have dinner with, he snappily replies, “If I could sit down with someone and talk it would certainly be Dante.” He laughs resoundly. Death, Damnation, spiced with talk of Redemption. That would be quite a conversation. One for the Ages. 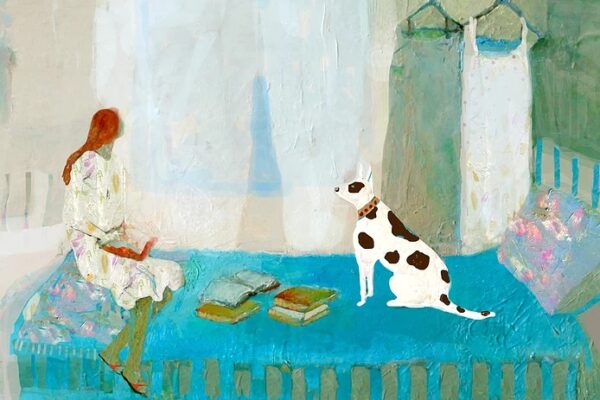 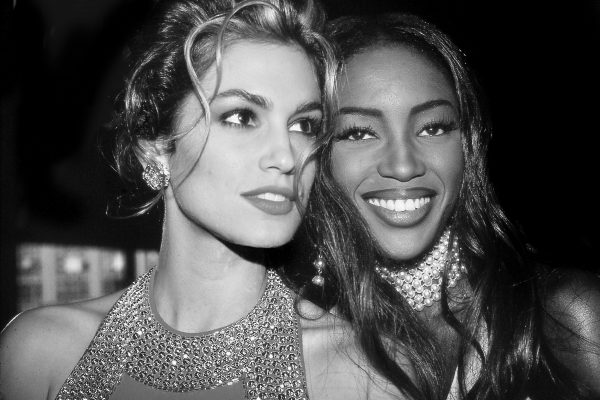 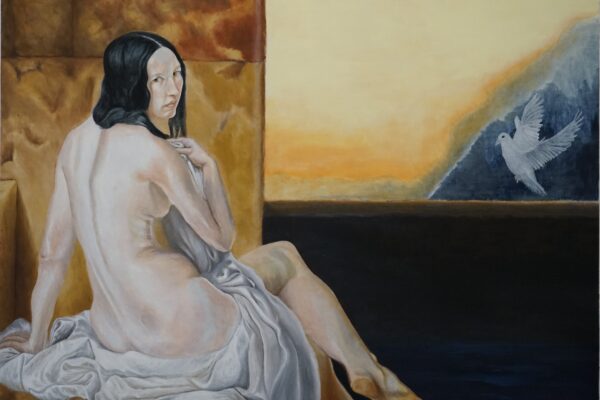 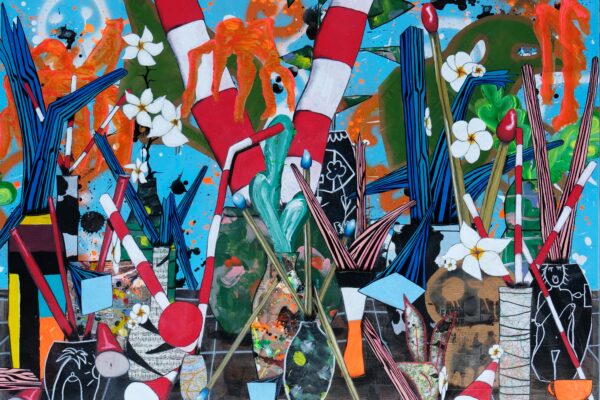