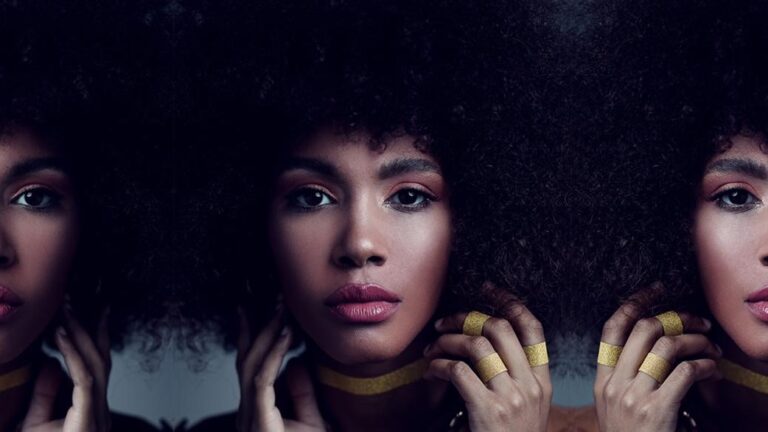 Article, Culture, Design
Luxury Splash Of ArtDecember 19, 2020April 18, 2021Leave a Comment on Aesthetics and art a necessary part of medicine?

What do art, aesthetics and medicine have in common? At first glance, this question may seem strange. Yet there is a branch of medicine that would not do without the concept of aesthetics, plastic or aesthetic medicine. Are there actually points of contact between art and aesthetic medicine?

The word plastic in plastic surgery means ‘reshaping’ and comes from the Greek πλαστική (τέχνη), plastikē (tekhnē), “the art of modelling” of malleable flesh. This meaning in English is seen as early as 1598 The surgical definition of “plastic” first appeared in 1839, preceding the modern “engineering
material made from petroleum” sense by 70 years.
Anyone who thinks that this present-day speciality of medicine is a modern development is mistaken because treatments for the plastic repair of a broken nose are first mentioned in the Edwin Smith Papyrus, a transcription of an Ancient Egyptian medical text, one of the oldest known surgical treatises, dated to the Old Kingdom from 3000 to 2500 BC. Reconstructive surgery techniques were being carried out in India by 800 BC. Sushruta was a physician who made important contributions to
the field of plastic and cataract surgery in 6th century BC. The medical works of both Sushruta and Charaka, originally in Sanskrit, were translated into the Arabic language during the Abbasid Caliphate in 750 AD. The Arabic translations made their way into Europe via intermediaries. So far a look into its history.
The father of modern plastic surgery is generally considered to have been Sir Harold Gillies. A New Zealand otolaryngologist working in London, he developed many of the techniques of modern facial surgery. Illnesses, accidents at work, above all armed conflicts and wars repeatedly led to devastating injuries that required plastic medical help. Missing limbs such as ears, noses, eyelids or larger contiguous parts of the face, fingers, hands or other parts of the body had to be added or replaced. This was done through the use of artificial prostheses or the body’s own parts of the treated body. Sir Harold Gillies came up with his surgery techniques in caring for soldiers suffering from disfiguring facial injuries during the First World War.

What points of contact are there between aesthetic medicine and art.

First, according to the etymology, there is a relationship between the shaping of an artist’s work of art and the shaping work of a plastic surgeon when reshaping or reconstructing a body part. Both protagonists form a substance, even if the doctor can often refer to an already given form. The artist mostly refers to his own imagination and fantasy, pursues his own goals and places his aesthetics in them. He can freely choose his material, his methods and his design, can mix the
materials and techniques at will. In this way, he designs almost completely independently of practical constraints and can express his artistic message.
The surgeon, on the other hand, has to bow to constraints, on the one hand the physical functional connections of the respective organ system that is to be restored or changed. His material is usually given in the form of the body’s own tissue. Only in a few exceptions and only in a few places are foreign bodies tolerated by the body, so that the medical practitioner seems to be limited in his design. Moreover, the patient is usually the living pattern that sets the design framework.
Of course, we all know exceptions. We all know examples of people who have undergone surgery to change their appearance and adapt to their own changing aesthetic views. We can only hope that the people concerned were permanently satisfied with the results of such operations. In all cases, we
have to put our own aesthetic demands second. Of course, the role of the respective medical practitioner must be questioned. If you visit the websites of aesthetic surgeons, you will find very different presentations and medical or philosophical approaches that form the basis of the diverse creative offers. One almost has the
impression that patients’ bodies can be changed at will nowadays. For example, women can enlarge or reduce the size of their new breasts at will on a simulator using a slider and personally determine the details even before the first personal visit.

At the various congresses of medical specialists, 3D simulations are presented, with the help of which complex changes to the existing face or body parts can be planned, structured and played through in advance. Accordingly, the appearance and functionality of the new body structure are tested in the simulation. Aren’t doctors becoming providers here, similar to modern car manufacturers who provide customers with all the options for designing the new vehicle in their online portals for their own configuration?
Are doctors here becoming medical craftsmen who seek to fulfill any feasible wish? Are there ethical and aesthetic limits in this profession, beyond medical feasibility?
A special kind of example is the Japanese roboticist Hiroshi Ishiguro, who, as the guru of his guild, has created a double of himself as a robot. The latter also represents him in numerous interviews. After a few years of inconspicuous togetherness, the age difference between the original and his double became obvious. The creator aged in contrast to his alter ego. Ishiguro decided to undergo a medical correction, a facelift to bring himself into line with his robot.
In the style of Goethe’s Faust, Ishiguro cannot get rid of the spirit he has summoned in the form of his robot and will have to adapt to it all his life.

Let’s ask an expert, Monika Bonnet-Czernik, co-owner of the Medical Training Centre and the Aesthetic Medicine Clinic in London, about her motivation for setting up her clinic and a training centre. She sees herself in the tradition of Platonic maieutics, figuratively speaking the art of midwifery, because with her work she helps to bring to light the still hidden beauty of her clients. Monika Bonnet-Czernik: “One of my inspirations is the beauty that is hidden inside a person. I want to bring out this beauty through my work. Another inspiration for founding our academy has to do with my studies in psychotherapy, where I observed how human emotions transfer into the outer image. As a woman, I understand this perfectly. The beauty, especially of female nature – that is, this natural beauty, can be brought out from within a woman to make her shine with a natural glow. The guiding principle we follow in our clinic as well as the Aesthetic Medicine Training Academy in
London is the well-being of our clients, models and students. Aesthetic medicine is a field that my husband and I took up many years ago, it is our passion.
Therefore, the most important thing for us is that the treatments we offer our clients and modelshave a natural effect that enhances their beauty and personality.
We basically offer all kinds of treatments from fillers, Botox, platelet rich plasma to medical treatments like vitamin infusions. We also have lasers, which are very popular. But the most important thing in our work is a holistic approach to treatment. We believe that there is a connection between body, soul and spirit – they are one, and the balance between them helps to ensure health. The doctor’s positive approach to the patient and the appropriate therapeutic atmosphere are important.
Thanks to my psychotherapeutic training, I can look at each person much more comprehensively than just from the perspective of aesthetic medicine.
At London Medical School and the Aesthetics Clinic, we have a vision that if we turn the research and contribution to education that we do into tangible advances, the quality of life will improve enormously.”
Art can have a balancing effect here for clients, as well as practitioners, doctors and surgeons, and have an eye for the essential factors within a medical aesthetic procedure. Art has long since ceased to be about purely aesthetic considerations. The pursuit of perfect beauty is no more an issue in art than perfect symmetry. Works of art that allude to this point directly to its impossibility. There is no symmetry in the natural, real world. No two halves of the face are alike, no two eyes are alike. We are all familiar with the astonishing effect of dividing a portrait in the middle of the face and mirroring each half. You no longer recognise yourself. Striving for such perfection makes people look unnatural and grotesque. Art can help to draw attention to the fact that imperfection is the standard by which aesthetic and plastic medicine must be measured. 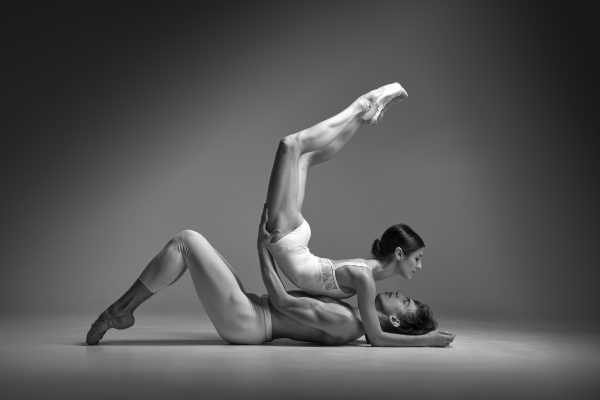 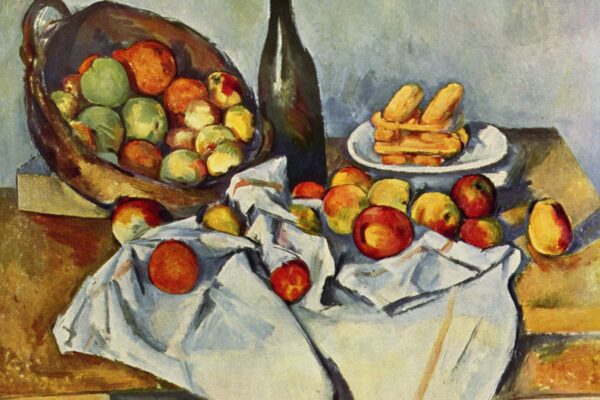 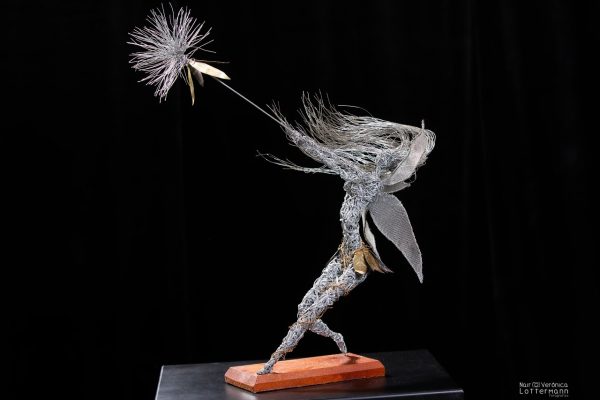