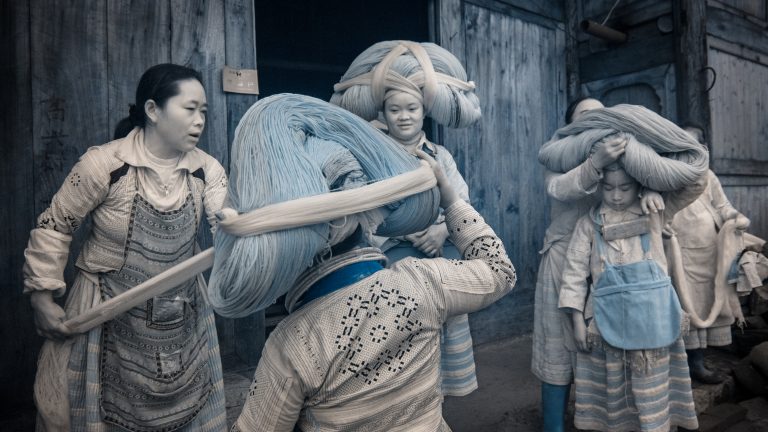 Engaging with an ominous, wide-eyed Hanuman Monkey performer in Assam, India, the “mighty ape” that clashes against evil forces.Ascending the Himalayas, braving its crevasses, sudden, whipsawing winds, and threats of whiteout snows. Or securing safe passage from a band of menacing-looking, heavily armed militiamen on the Blue Nile in Ethiopia.That’s been the Journey, the relentless outbound search for the transcendental, fully revealing “moment” — the story-telling, split-second fusion of gestures, expressions, space and time. Freezing them into our subconscious, that’s the supreme payoff for photographers, searing images.Then all the minutely planned logistics, the hazardous border crossings into inhospitable lands, the treks through the Gobi Desert, the months spent in remote Myanmar villages, are all worth it. “This photo, one of my favorites, is all about surprise, the unexpected,” exclaims National Geographic Magazine photographer Nevada Wier, darting from one case to another in the “Gray Room” of her Santa Fe, New Mexico studio. 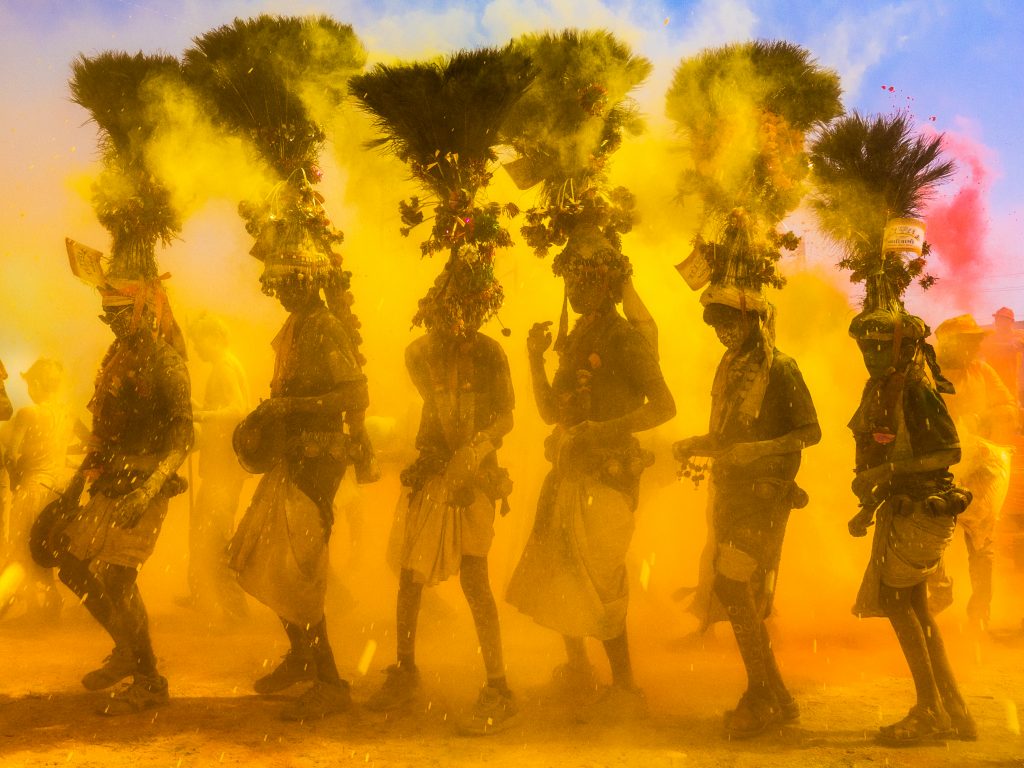 She points to a camel trader at the annual Pushkar Fair in Rajasthan, India. He is proudly standing in front of the herd he hopes to sell at this religious event, and remembering his noble bearing, she continues, “Usually all the camels have their heads down. But during this special moment the trader and his caravan all have their heads up, looking straight ahead. This amazed me.” Enchanted by “action,” the complex details of a distinct setting, and how these components are impacted by light and shadow, Wier, 68, has been zealously chasing these galvanic moments for 40 years. Feasting on the human spectacle, she excitedly says, “Look at that (photo), I am in the water…there are about 100 fishermen crowding into that small boat. Leaving uninhabited Dublar Char (on the south side of the Sundarbans) in Bangladesh, just to go home to vote…amazing.” 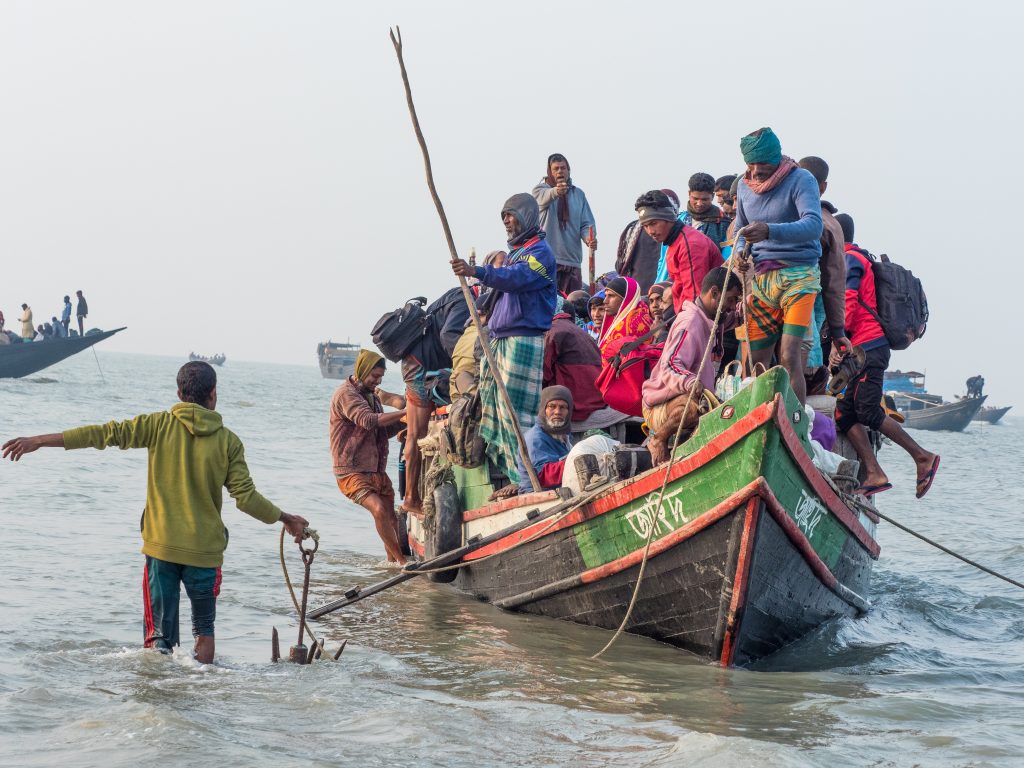 Cherishing her experiences, she excitedly admires a “wacky” Hindu sadhu (practitioner of sadhana or a holy person) outside holy cremations grounds in remote Pashupatinath, and exults “there is no place like Nepal…Kathmandu.”Him and a lone woman sitting on a desolate beach next to a huge fishing basket, a young monk soberly praying under a mosquito net, are  “so striking, just  terrific surprises” to Wier. Especially the explosion of Holi color at the Rathwa tribal celebration honouring God, the harvest, at the Kwant Fair in Gujarat, India. Besides observing the rhythmic line dancing, beating of drums, men wearing bouquets of peacock feathers on their heads, she too “joined” the celebration–” I had to pick Holi powder out of my two cameras for a long time”. 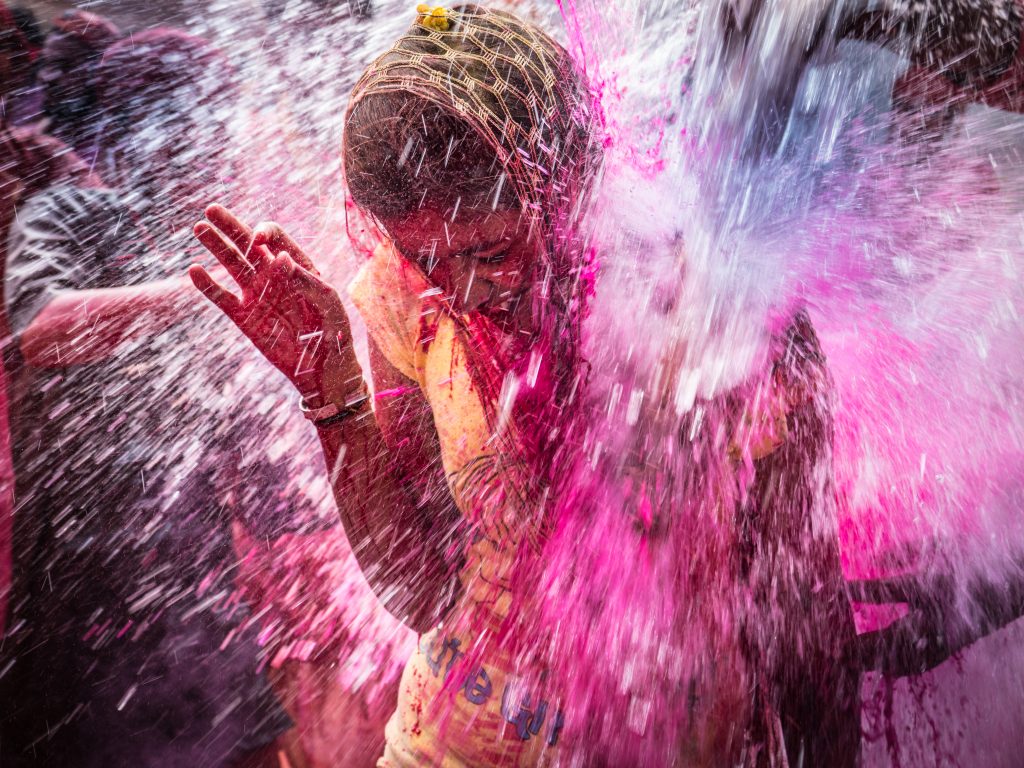 Barely pausing, Weir eagerly describes “freezing time” to picture Hmong tribe revelers at the Bridge Worship Festival in Guizhou, China (dancing and the burning of incense to pray for good weather and good luck). Many of Wier’s most exquisite images revolve around religious ceremonies. They have a “sculptured, painting-like” aura–such as her exquisitely-colored photo of several Sari-wearing women standing near a pond near Chittorgarh during a Indian funeral purification ritual. Wier’s “visit” is so sensitively pictured, it seems as if she is gently caressing the participants. 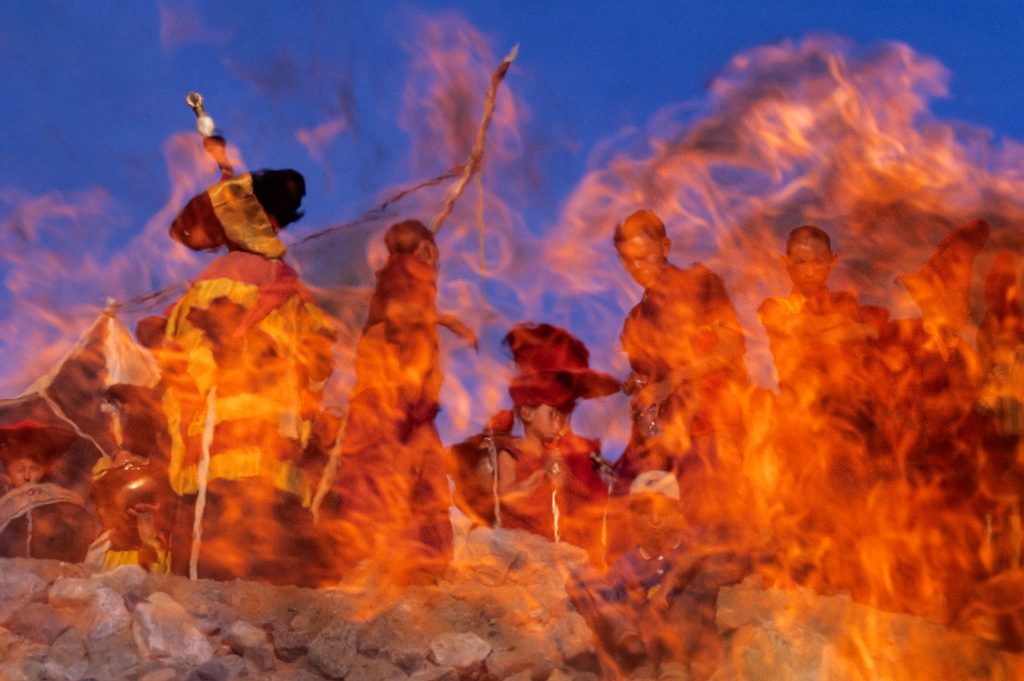 “I came across this ritual unexpectedly, and I was very moved,” remembers Wier, who was fortunate to witness another woman bathing in rippling golden-toned waters (and to later create an “alive” infrared image from her original digital shots). “It’s to glorify women, to show their distinctive natural beauty.” Discovering the humanity, the grace and nobility of Stilt fishermen in Sri Lanka sitting on tall poles  in the sea, or a young boy enthralled by a popcorn machine in a Kashan, Iran market is often “unexpected.” Serendipity, the sort stirring her creativity, can be a fortuitous roll of the dice–and there’s no doubt Wier has often been a gambler, living in isolated villages for months to experience a flash of inspiration. 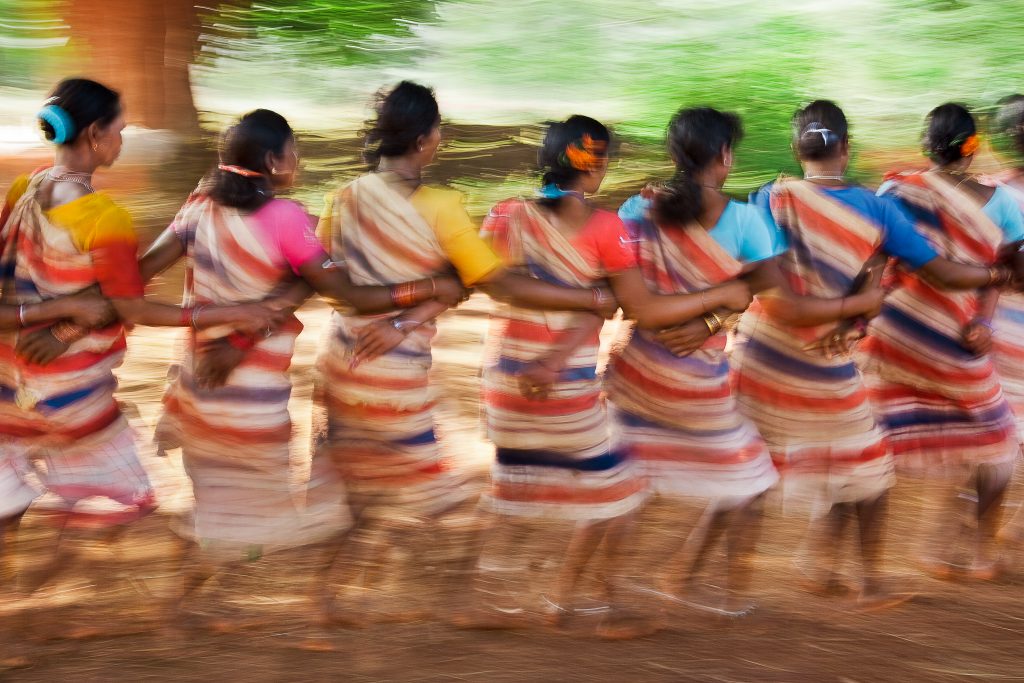 “It’s all about perfect timing, catching the slightest, all-expressive gesture,” she emphasizes, describing her passion to conquer the elusive, to make time stand still, evocatively. “During these enriching “surprises,” when the “gesture is at its apex, is impeccable and complex,” she is not the outsider, toting three cameras, several lenses, batteries, external hard drives, cables, and a computer. She’s invested in her surroundings, hoping to memorialize far-flung cultures and to sustain their vibrancy. 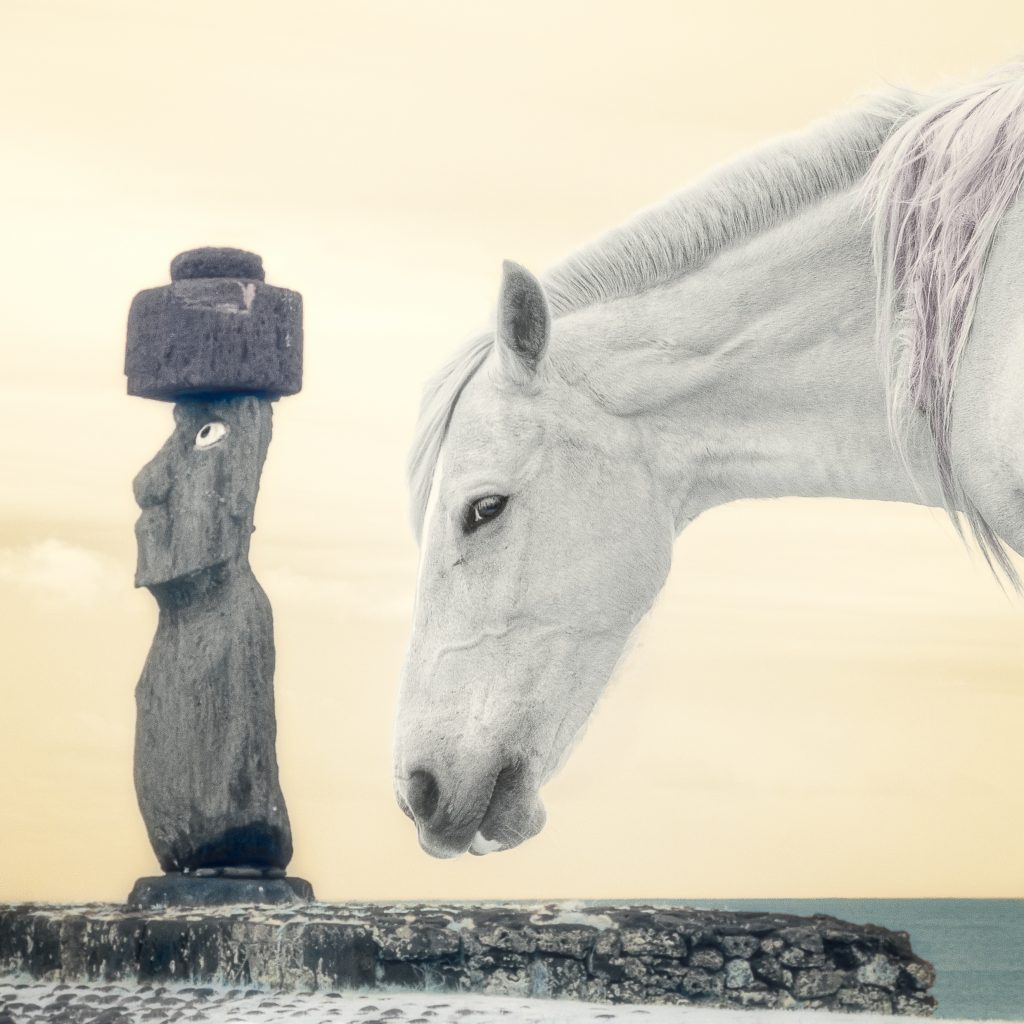 Her still-unquenchable zeal for exploring began with a college course. Admittedly “not a city girl,” Wier left Washington, D.C. in 1970, and enrolled in an Outbound Bound course while attending university in Prescott, Arizona. She was suddenly thrust into the wilderness for the first time, asked to meet the demands of hiking, mountain climbing, and kayaking. It was “cathartic” and also revealing–she showed herself she could persevere. Inspired by this organization’s rigorous outdoor expeditions that encouraged self-introspection and teamwork, Wier became a Southwest Outward-Bound instructor in 1974. She then settled in Santa Fe, New Mexico, a veritable art colony for painters, and by 1979 led a trek to her beloved Nepal for that organization. 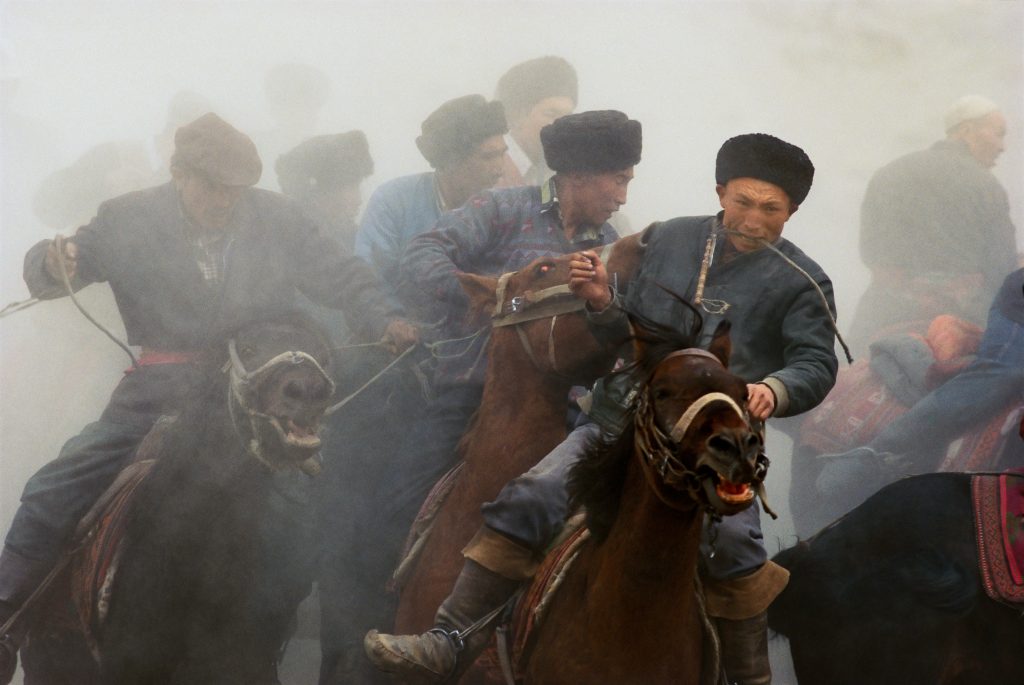 “There are so many cultures in Nepal…such a richness,” she extols, admitting “I thought when I went to Nepal, I would be a mountaineer. But I learned I liked what was at the bottom more than what was at the top.” Still challenged by these Himalayan ascents in Nepal, she discovered more than the tenacity and temerity needed for exploring. Trekking also demanded the keenest of instincts, logistical skills (i.e., finding “fixers” to deal with the authorities, customs, paperwork, etc.) –and by 1984 she was leading trips in China and Central Asia. Photography began to intrigue her during these early treks to the world’s most unforgiving outposts. Her brother gave her a Pentax camera in 1974, and she subsequently “fell in love with the myth” of famed American photographer/conservationist Ansel Adams. 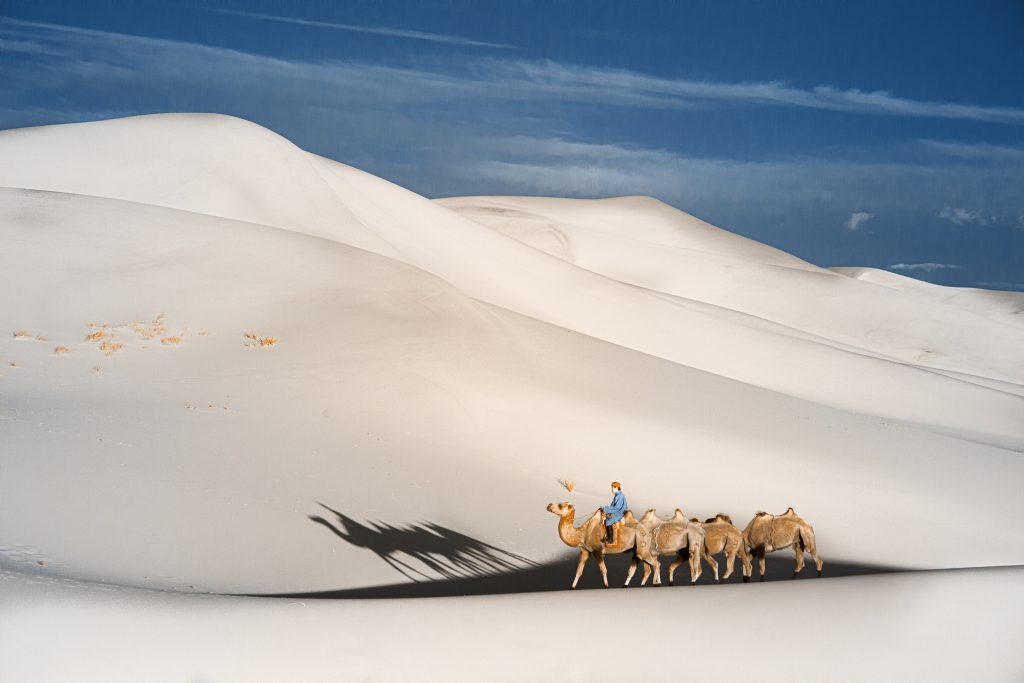 “I bought myself this large-format, mahogany Deardorff camera (and a tripod) like Adams had, and I imagined myself standing on the edge of a cliff,” remembers Wier, alluding to Adams’ often embarking on perilous journeys to picture American national parks.” Now Wier relies on an Olympus, Canon and one camera exclusively devoted to infrared. But the connection she establishes with them barely explains the essence of her artistry. Pure grittiness is needed to discover a pack of Kirghiz’s tribesmen on thundering horses in China’s Pamir Mountains She must also be lucky, keenly-attuned to her environment to capture the radiant amber glow at sunrise in Myanmar, as a flock of large birds, expecting to be fed, hover over passengers in ferry boats plying through the Yangon River. 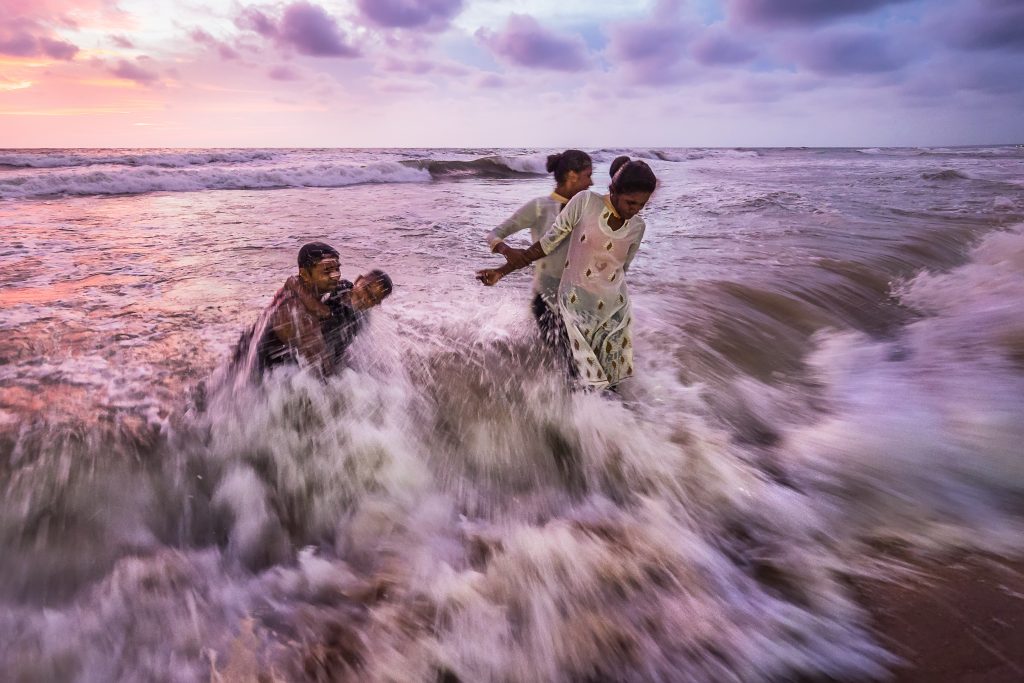 Call it daring, perhaps an indifference to adversity, she has resourcefully overcome the unexpected, political turmoil, and other mishaps that invariably plague long journeys. A 1978 trip to Bolivia’s Lake Titicaca (3800 meters above sea level) was particularly stressful–and key to her future evolution as an adventurer. “Hoping to go mountain climbing, we went to Bolivia, and our gear was immediately confiscated,” chuckles Wier, who taught herself photography by shooting tumbleweed and cactus outside Santa Fe. 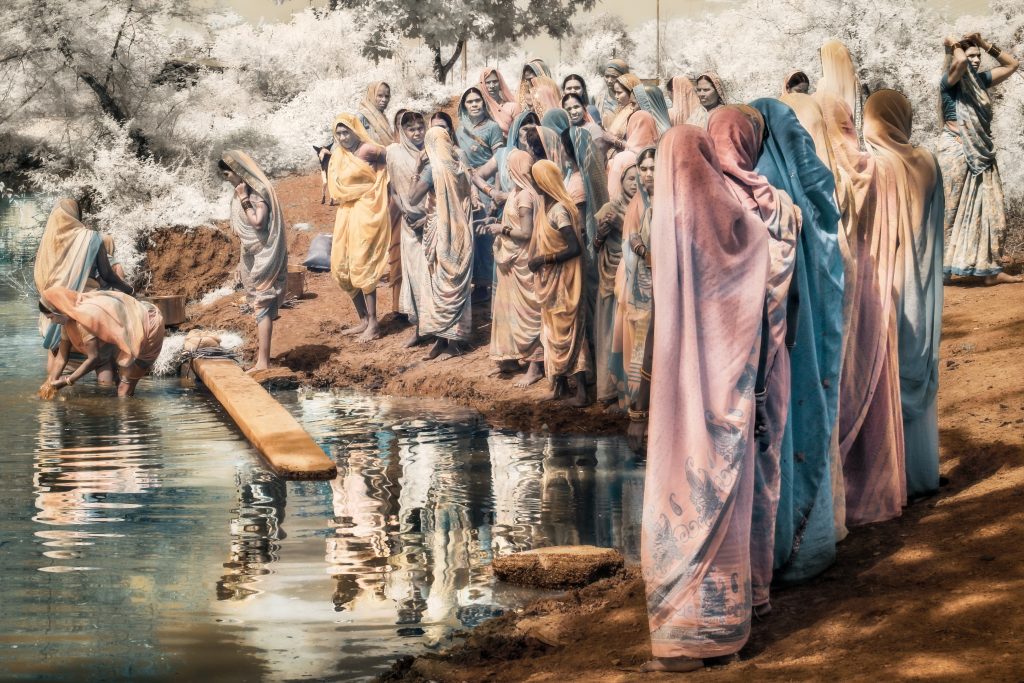 “I soon learned a lot about patience, for we wound up spending 3 ½ months on the lake. 3/12…in a Totora reed boat (depending on food, mainly potatoes, from villagers). I didn’t know how to sail…we got stuck many times.” Shaking her head in disbelief, she continues, “We kept going. I took photos, the first time I used color (30 rolls) with a Pentax. It was beginning and I did have a few successes. A few…I wasn’t too good.” Admitting “I couldn’t see photographically,” Wier tried different cameras, and made mistakes. She also learned crucial lessons. Remembering her first trip to China in 1984, an assignment from Powder, a ski magazine, Weir chuckles, “there was no snow…I had to quickly adjust. If there wasn’t a Plan B, I had to go to Plan Q. Photography taught me all about backdoors, about being adaptive.”

Starting to use color, she certainly adjusted in 1985. “This was a big change, one that was very important to me,” she exclaims, looking proudly at a few framed photos in her house. “Color…it really showed me that I loved photography. I now made up my mind. I would work for National Geographic (magazine).” Those coveted assignments would come. Many of them. But even if newly-passionate about pursuing stories, she still had to refine her skills. Particularly her becoming more adept at composition. Achieving such “harmony” had eluded her until a 1985 trek to Makalu, a 27,825 foot peak in the Himalayas. Eyeing a brewing storm, she and her party hurriedly returned to base camp. It was time to leave for the airport. But spotting a “total stranger,” a porter carrying pots framed against the mountain, she rushed up a hill to retrieve her camera. 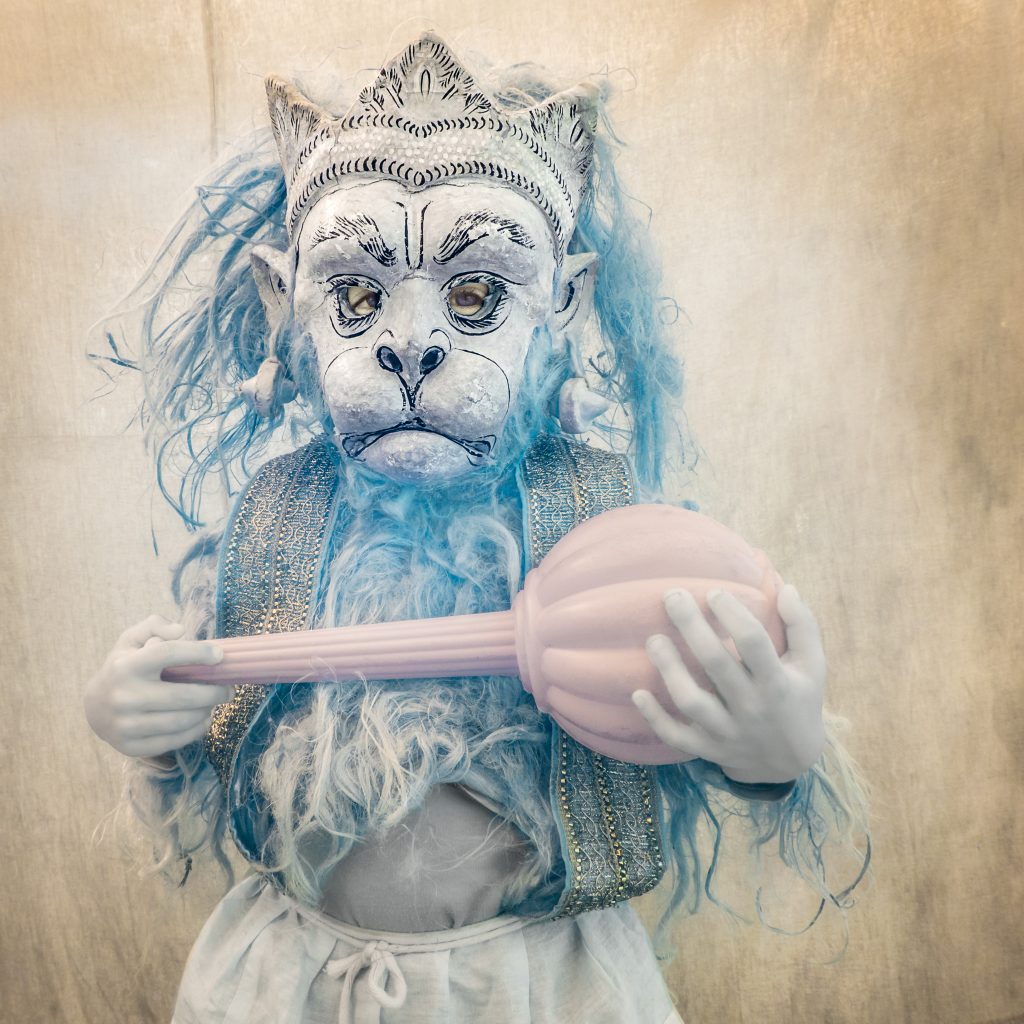 “I saw him…it was misty, the mountains…I took three shots,” says Wier, still excited by that moment. “The last one was just right. I composed it perfectly. It had staying power!” Her appreciation of Himalayan life has also been lasting. Believing “there’s something to discover every day,” she quickly adds, “I was lucky to get this photo. The best stories happen when you least expect it…when there are no blueprints.” After that pivotal trek to Nepal, Wier continued to navigate hazardous mountain passes, unforgiving deserts, Bangladesh waterways, and began going to Cuba, an island she adores. Wier has taken 11 trips to Cuba. More remarkably, she’s gone to Myanmar 30 times, explored China countless times, once after winning a coveted grant from National Geographic (1996).  This foray into western China’s Pamir Mountains would become one of her signature pursuits– photographing weddings, funerals, and other religious rituals. More National Geographic assignments followed, along with journeys for Geo, the New York Times Magazine, Smithsonian, TV and book deals (Mother Earth, A Day in the Life of Thailand, and others).

More than mere adventures, tests of self, those trips fostered a certain respect for tribespeople, a much-relished intimacy with them. She lived in a Bangladesh village to become familiar with fishermen tending to a dramatically-curved “Moon Boat.” To convey “intrigue,” its bewitching pulse, she has hovered next to a maelstrom of Buddhist monks, a swirling, scarlet fire licking at their ceremonial robes while burning effigies in Ladakh, India. Such engagement sharpens her sense of what’s important culturally–or enables Wier to find more of that “staying power.” 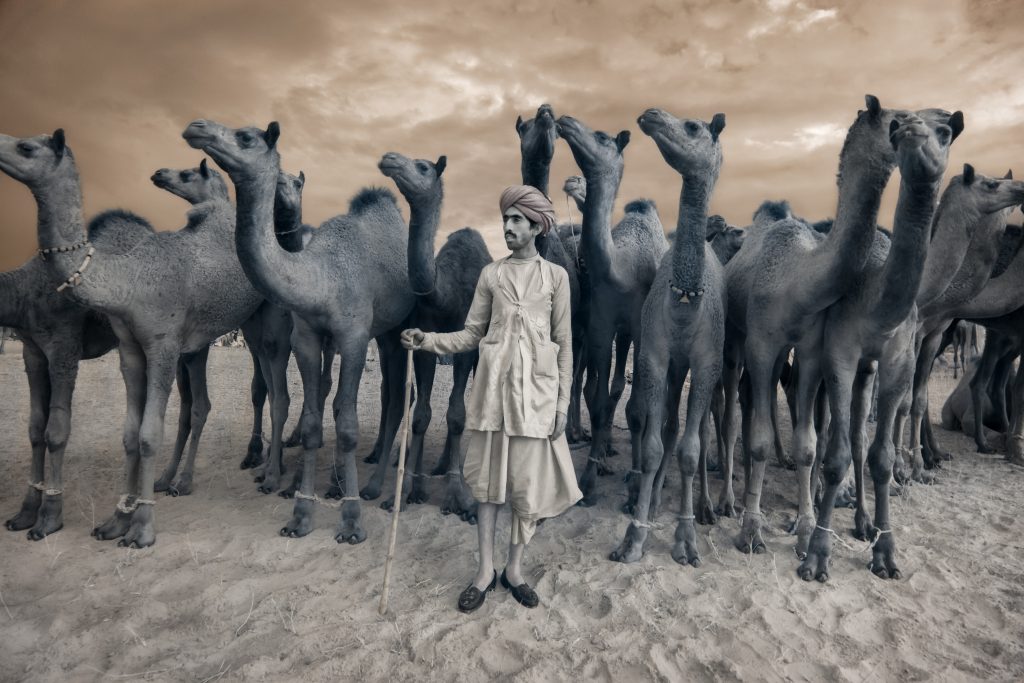 Such potency is penetrating. Seizing the “whole gestalt of situations,” Wier can vibrantly illuminate the humanity of a woman wearing exquisitely-colored prayer beads outside a Bhutan stupa, or Assam drummers playing their sacred songs with dandiya sticks during a Raas dance outside the Vaishnav Monastery on Majuli Island. Giving these celebrants energy, a dynamic aliveness, Wier makes these images memorable, tributes to a passing way of life. 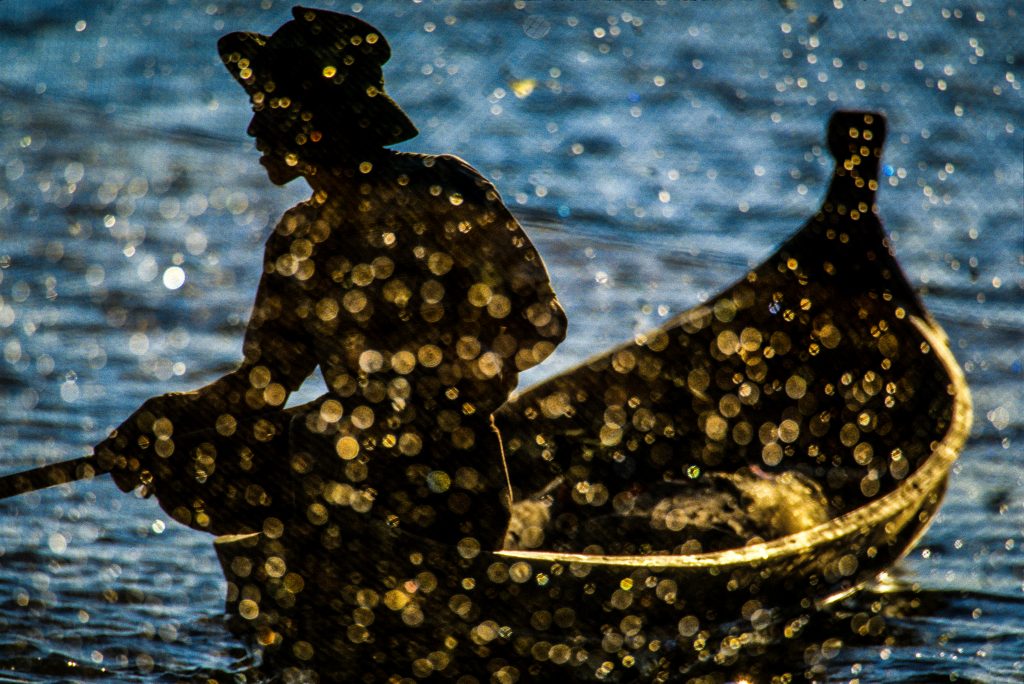 “When the eye can journey…see the gestalt… that’s the lasting spectacular image,” enthuses Wier. Focusing on that Holi powder festival, her photographing dancing women swirling in a phosphorescent yellow haze, she continues, “there is so much light, that’s what photography is, light, the art of seeing. I learned that the more I was with indigenous people in remote villages. Stories happen…when you see.”

She makes us see, brilliantly. 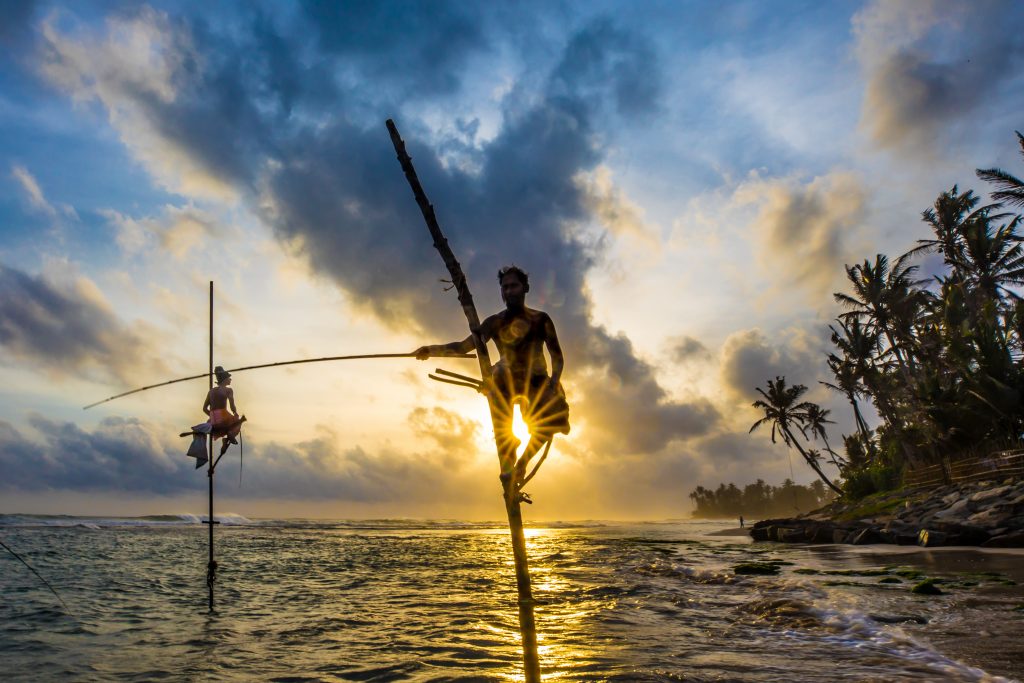 The world has dramatically changed. Technological advances have radically altered the photographic landscape. Equally important, in the aftermath of the Pandemic, engaging with far-flung cultures, or the undertaking of foreign adventures, will also demand a heightened sensitivity towards distant lands and their people. 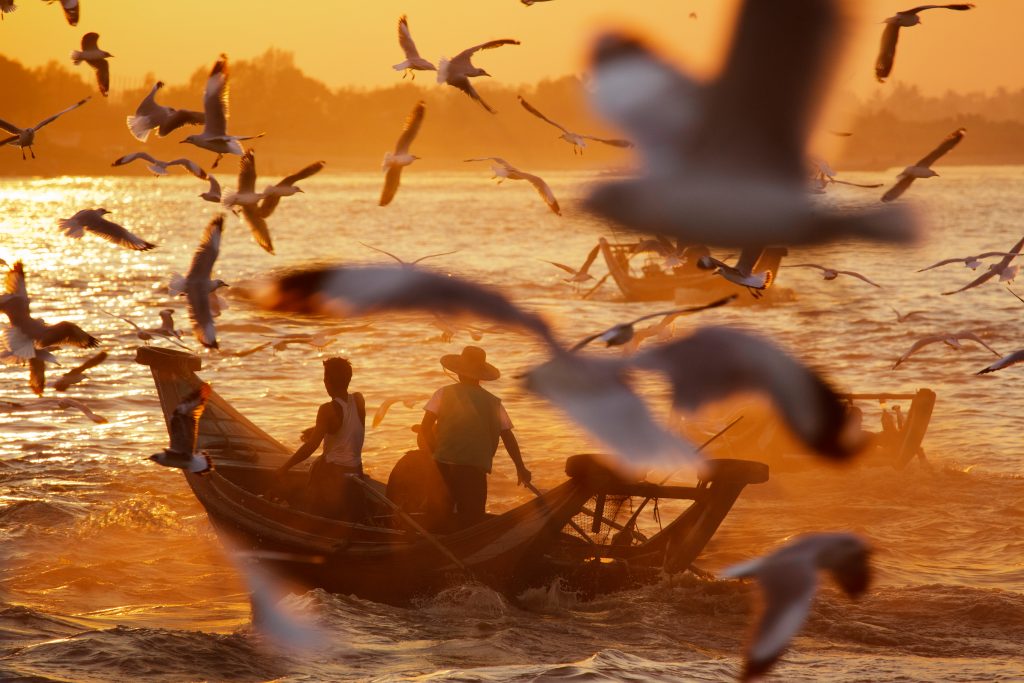 How do aspiring photographers best express their creativity in this chaotic and rapidly-evolving world? Award-winning, and National Geographic magazine photographer-essayist, Nevada Wier conducts  conveniently-timed, in-person and on-line classes, seminars (and occasional expeditions under the auspices of National Geographic) that focus on “aesthetic vision,” the rich topography of creating immersive photography. 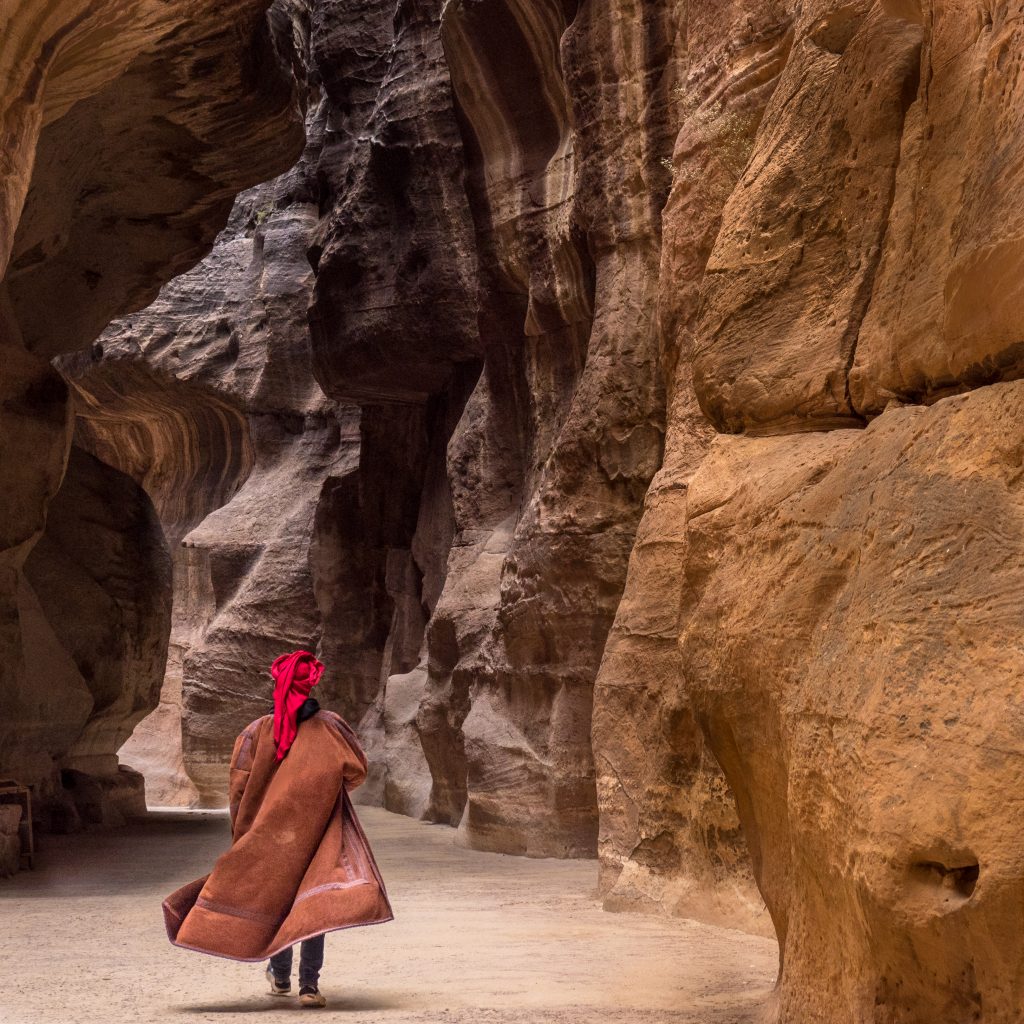 Wier also discusses the crucial logistics of planning photographic expeditions; infrared techniques; the type of equipment necessary to meet various objectives; nonverbal communication with potential subjects; how to dress, what to avoid; and practical ways to adapt from Plan A to Plan B, even to Plan Q.Taking evocative photos from an artist can be a passport to adventure–and to discover more about her expertise, she can be reached at… 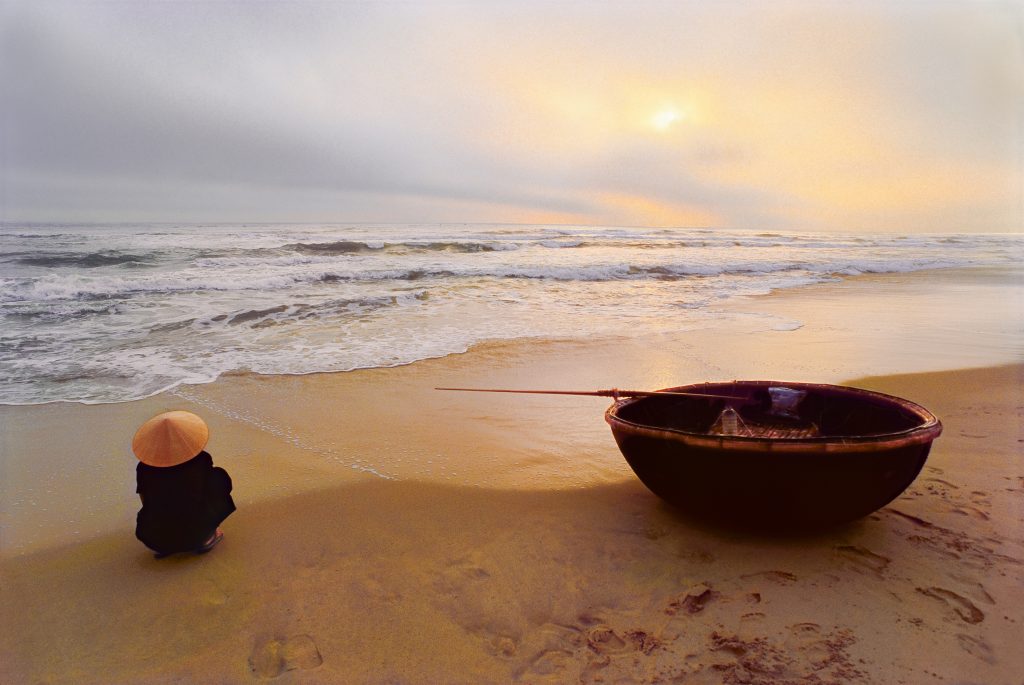 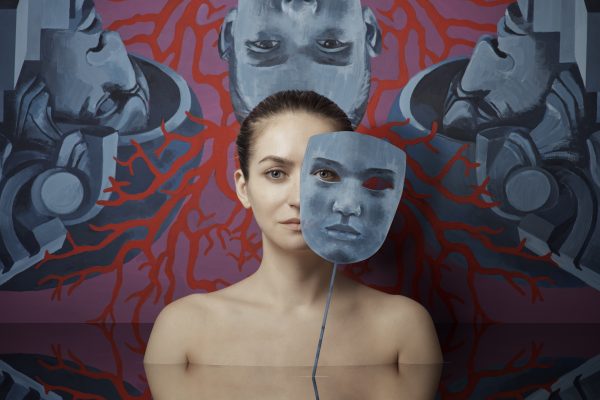 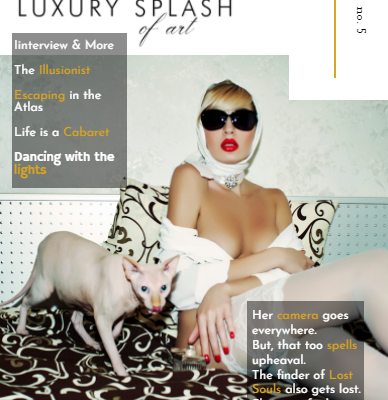 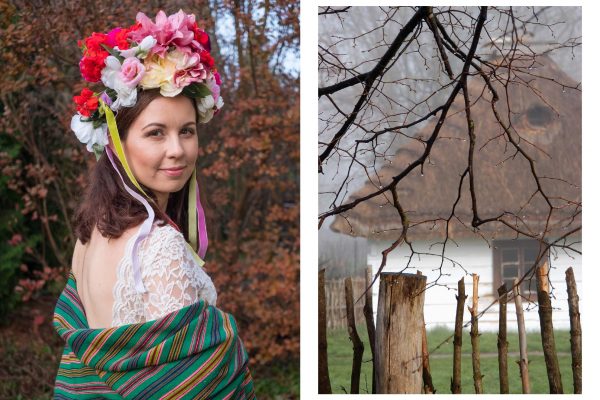 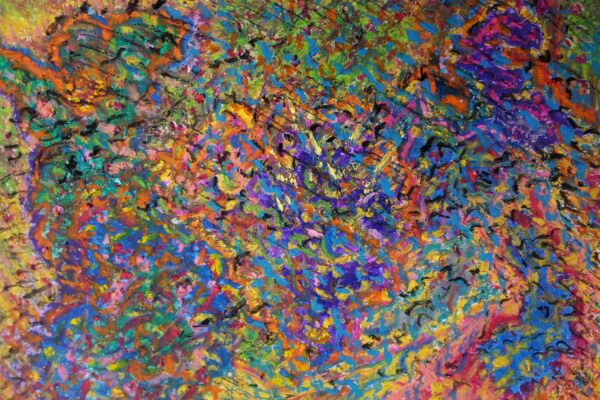