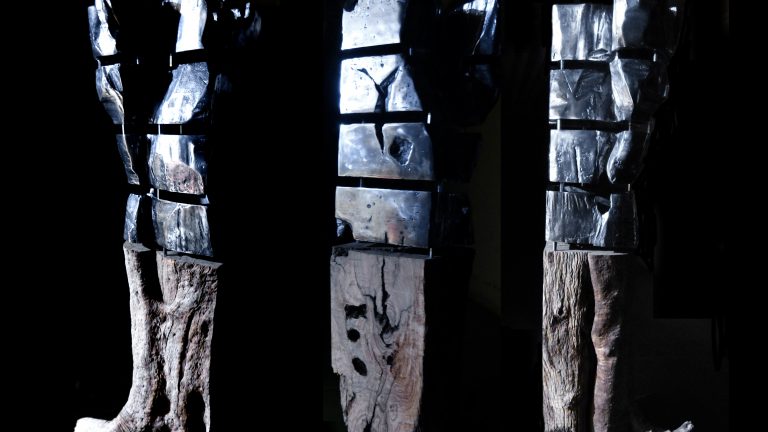 Amid the swaths of Sahara sand dunes, the camels plodded along. Their “pacing” had a rhythmic beat, a reassuring constancy. This was a place of solitude, and traveling through the vast no country of sand and heat, any reminder of life was comforting. With little to hear, the eye becomes laser-focused, finds fresh, sharpened acuity. Riddles are decoded. Complexities are unsnarled. As Antoine de Saint-Exupéry suggested in his memoir,“far from falling asleep, (man) is fortified…animated by invisible solicitations.”Sitting astride a camel,“lost in thought,” Carole Kohler sensed the poetry of “the emptiness, the loneliness.” Its intensity made this painter/sculptor feel “awfully small.” 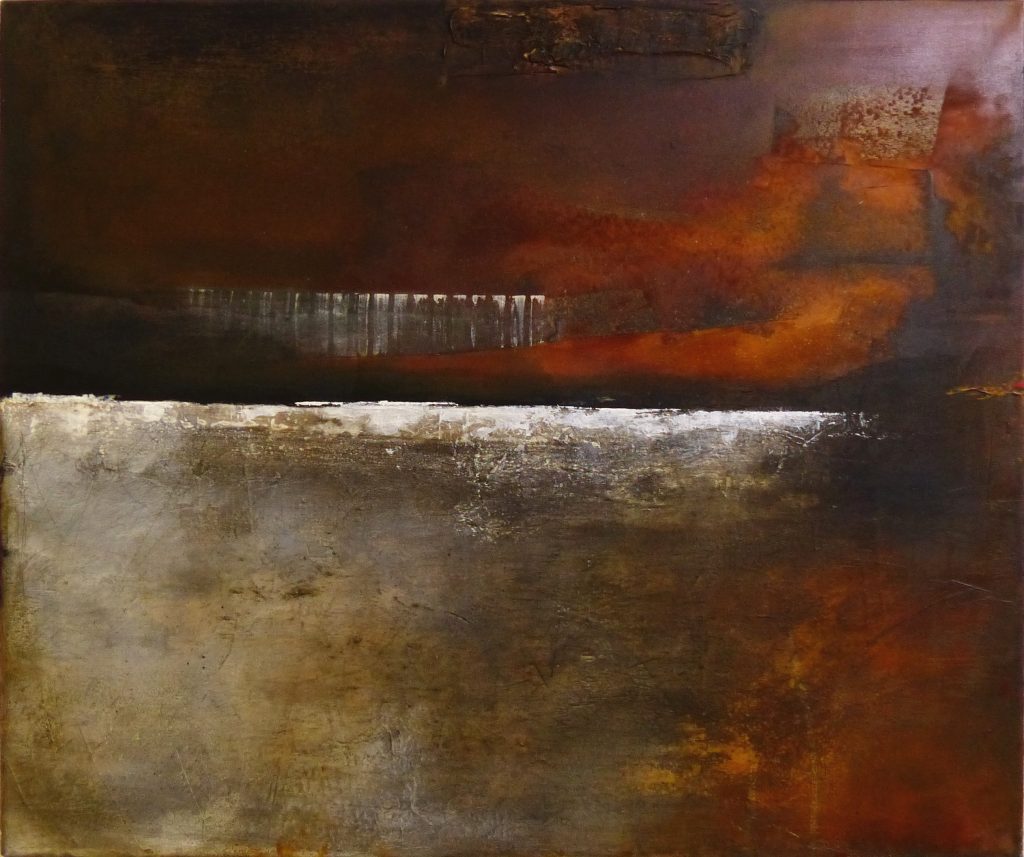 During her 11-day, 2003 foray into the unknown, the intrepid Kohler was still intrigued by the Sahara’s distinctive stone plateaus and salt flats. An inveterate traveler, journeying to Thailand, South Africa, and Malaysia, she was drawn to Nature, animals, and to a carefree “hippie” lifestyle.“I was absorbing everything like a sponge in Morocco…my mind is rebelling…I am seeing Fata Morganas (bewitching mirages),” admits Kohler, adding “I am looking at shapes, colors, rock formations, combing the desert floor., feeling things.”Aided by Mohammad, a guide-cum-camel handler-artist,” she discovered one of those Saint-Exupéry “solicitations,” chalk-like, dark-blue stones, and was able to penetrate that veil of the
“invisible.”“These stones had life, history,” extols Swiss native Kohler, recalling how these “inconspicuous treasures” helped transform her artistic orientation.“I was in the desert not thinking about art, but my feelings for the stones (she would later grind them into pigments), their revelations, became ingrained in my subconscious. Everything changed for me. After that desert trip I moved (gradually) away from figurative (art). By 2005-06 I was fully abstract.” As 1 mit de Natur later pictured, during those revelatory moments, she plunged into a sea of vivid blues. Feeling nurtured, and at peace being a “speck in a natural gigantism,” she was ready to escape from mere realism–to feel the sensory.

LIberation meant abandoning chimpanzees, Jane Goodall, and all sorts of animal paintings. She instead began to sculpt, becoming enraptured by curated woods, aluminum, glass, and bronze. Her paintings also progressively changed, became provocative and highly-evocative of “the raw, the wild, wind, and water.” Figurative painting, drawing animals for charitable organizations, wasn’t “dynamic” enough for her. It was exhilarating to travel, but still feeling “very small,” she increasingly demanded a greater “harmony,” to flee
from confining structures. Art school in Biel, Switzerland was a taste of that freedom. Her parents wanted her to go to business school, but she “stubbornly” resisted, “loving everything that had to do with creating.” Even as a child she had told people, “I have two dreams. Being an artist and an elephant keeper.” Settling for a job as a window dresser in a Biel department store (1996), Kohler painted wooden, window backgrounds, recognizing “I wasn’t ready to experiment. I wasn’t mature enough, or confident enough to do abstract. Still able to sketch in her free time, and to appreciate abstraction, she loved Dali’s The Elephants and Burning Giraffe . The self-confessed “free spirit” back then, Kohler chuckles,“Dali too was a hippie…totally free…one who could capture so much…dreams, fantasies…all in a small space with a few brush strokes. He clearly knew what he wanted to
do, had a plan… but my work evolves. I am much more spontaneous.”Together with her husband Stefan, she did find her equivalent of giraffes. In 1993-94 they criss-crossed Southeast Asia for 11 months, staying in a Lampang, Thailand elephant rescue camp for five months. “Elephants smile, they are so clever, so soft…we became intimate with them,
” says Kohler, recalling her illustrating a handbook to raise money for that charitable Thai organization and to also “conserve knowledge” of these gigantic mammals. “After I did 200
drawings, we went to Namibia, Mozambique, and South Africa for eight months. I really cared for endangered animals.” Chimpanzees were especially threatened. Kohler
met their renowned “protector, ” Dr. Jane Goodall in Johannesburg (1997), talked about her Thai experiences, and the pair quickly became friends. “She is such a good person…she could feel what I wanted to do once I began painting chimpanzees, remembers Kohler, sitting in her small, white ceramic tiled Lommiswil studio, A “separate world,
” it’s next to an inviting patio with a verdant vertical plant wall. 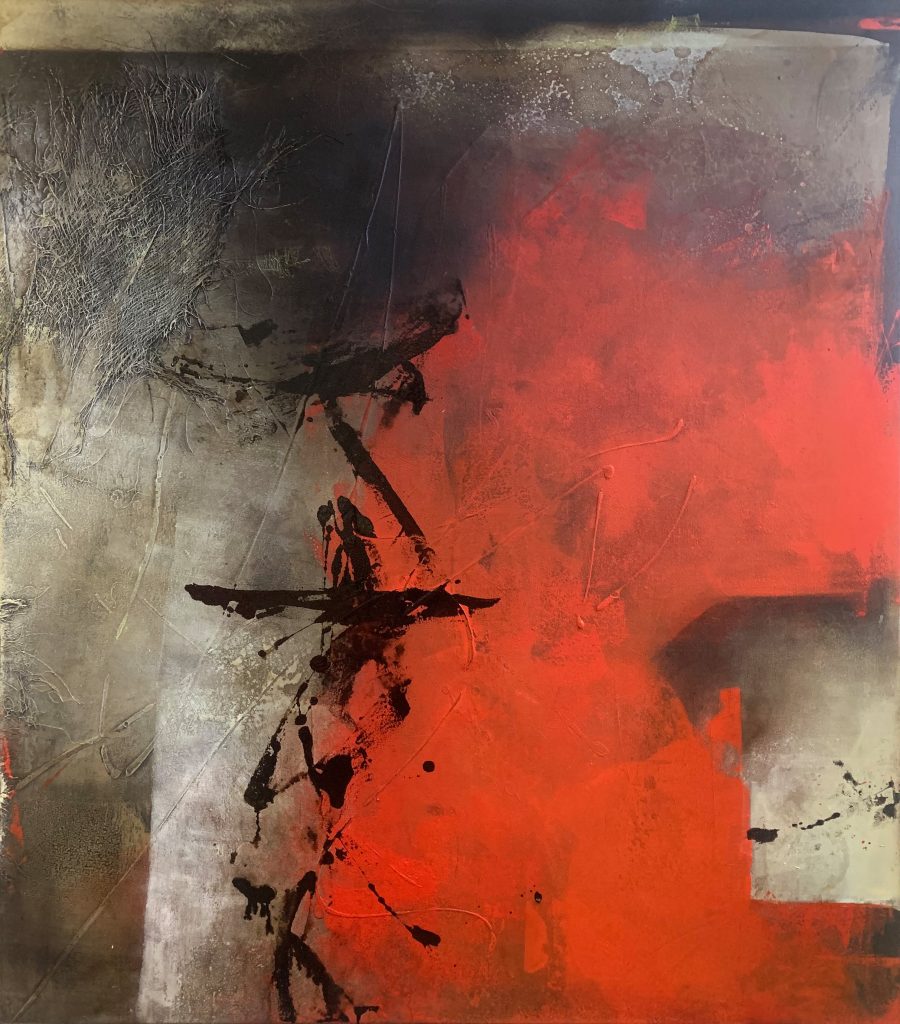 “Goodall complimented my realism, my capturing their eyes perfectly.” Admitting Goodall’s praise “strengthened my resolve” to be an artist, Kohler continues,“her words gave me the confidence to exhibit. I did a huge (Swiss) exhibition of charcoal animal drawings, other shows…(a 2000 one with Goodall in Munich) and they attracted big crowds. They really got me going.” Greater confidence also spurred her to try something new. Recalling the Sahara’s “blurring of sharp lines between landscape and sky,” she abandoned animal portrayals to move towards abstraction. Figurative elements still appeared in derrière le désert , four paintings in a 2004 Swiss exhibition. But there is no mistaking what artistic influence was at play in that désert world of dreams, ethereal shapes and imagery. Subjectivism begins with a “one-handed handstand,”a woman defying gravity. A Dali-like painting with “semi-transparent layers,” it pictures a nebulous presence coated in rusty, Berber-style garb–a view, admittedly into her “unconscious.’ Schlafsack or sleeping bag, was equally diverting and complex. An amorphous juxtaposition of reality, unity with nature and amusing caricature, the painting idealizes sleep in the abstract. Transforming bodies into “invisible” forms to heighten the surreal aura, Schlafsack is “Theatre of the Absurd,” an existential questioning of life and true substance. The inchoate presences in the other works, set against an array of intense blues, augured where Kohler was headed. Fortified by a growing crescendo of accolades, she felt freer to experiment with contrasts, chaos, and contrivances.“Equilibrium is boring, for if I find balance, I try to upset it, and then create a new balance,” affirms Kohler, discussing her ever-mutating aesthetics.“I love extremes…Balance is never satisfying. The destination is always secondary. What’s important is how I reach it…changing reds to pinks, adjusting, tilting, letting colors express themselves…the first step the unconscious, and then sorting it all out, letting the conscious take over. I’m never easy to convince.” During this on-going “change, reformulating, creative dissatisfaction,” Kohler discovered sports trophies (2002-12), a sculptured realm of glass, bronze, aluminum and palladium. Insisting “sculpture is intensely alive,” a three-dimensional, heightened visual experience, she chiseled and fused trophies for the Tour de Suisse, Swiss Football League, and aluminum pieces for Swiss Mobilar. Enthralled by the “possibilities” of bronze and stone, and also eager to learn about acrylics, she was increasingly dedicated to abstraction by 2005-07. Between then and 2014, to further her knowledge of sculpturing limestone, metals (and color theory), she attended several “advanced” symposiums. 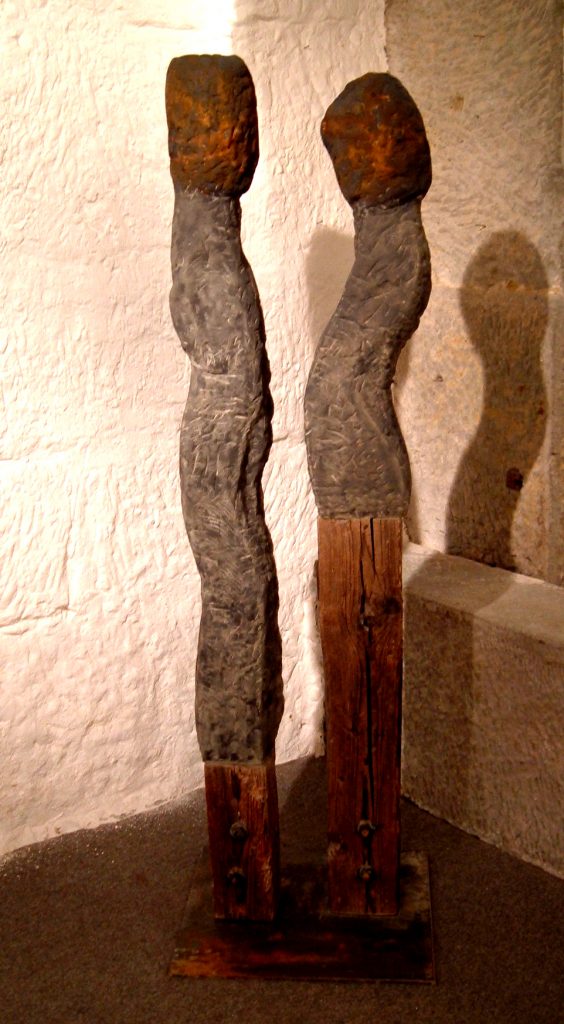 Feuer und Flamme, an ambiguous rendering of two burnt matches, evokes graceful simplicity with palpable sensuality. Describing this limestone and steel piece as my “drifting into abstraction”–a “metamorphosis” coinciding with her desert paintings, Kohler says Fire and Flame (2005) was my biggest sculpture up until this point…and my confidence was raised to realize even greater ones.” Other successes followed. Kohler was admitted to the coveted, artist-in-residency program in Lauris, France (2015). Alone in Provence for eight months, she fell in love with the region’s “special light,” olive and walnut trees. She conveyed that emotion in paintings and a Provessence Serie of sculptures. Emblematic of her well-cultivated abstract progression–and her living under a “blazing” sun–the Blickmagnet, Feuerfluss and Brand-ung 2 paintings capture what Henri Matisse called Provençal “luminosity.” They are intense, a symbolic and keenly subjective interpretation of vivid shapes and horizons. Metamorphose, Terre et ciel, and Crack 1 and 3 are “specific objects,” sculptures that further emphasize Kohler’s falling under the spell of Provence’s addictive iridescence. Metamorphose is movement, reinvention, change, Kohler’s reinvention of herself, and how the “connectedness” between a man and a woman alters realities. “Provence is wood changing to stone, brick,the roots of olive trees, uprootedness,” says Kohler, who quickly goes on to demystify the “musical composition” of en equilibre 1.“Again, here there are more contrasts, my trying to find a balance, harmony. The roofs are brick in Provence, and there is the contrast of shine and matte. So I contrasted aluminum and wood, a new unity in Nature.”Once again, as in Morocco, Kohler was at “one” with her surroundings. Missing her husband Stefan, but still enveloping herself in such eternals as the walnut trees, and the “moving,” Mistral-swept fields, she created les traces de
la vie 1, 2, 4 and la vague (the wave).“It’s very meditative to carve wood, and while I don’t know how things will turn out, wood is unique. It develops, changes…so does aluminum by the way it captures and reflects light. How it gave me an opening to the sky.” Invariably studying, refining, and “solving mysteries,”Kohler next surrounded herself with algae, misty, crashing surf, and wood washing up on the beach. Seizing the opportunity to benefit from another art residency, she lived in Frøstrup in far northern Denmark. She took long, freezing walks on the cliffs, and happily cloistered herself in work.“Conceiving, reshaping, grinding, polishing, being…,” she exults, picturing her turning “algae dancing in the sea”
into the Nordic bronze and acrylic resin series, Tango-M, L, XL. “The erosion, the cold, the water plants, I could feel all of it.” Her Nordic paintings are equally sensory, bursting with
Nature’s potency. C-Scent, its wood tumbling in the water, the chaos of Signum 1 and 2’s crashing waves, and the whirlpools of  algae set against a moody sky are galvanizing–charged with the ferocity of Denmark’s buffeting, ever-sweeping winds, and icy assaults. At her best, Kohler throbs with energy, veers between certainty and chance in a capricious landscape of violence and calm.

She is part topographer of the soul, how it i impacted by light and other organic elements–part choreographer, transforming the ethereal into streams of identities, fluctuating movements, and often moody, turbulent expressions. Lava epitomizes that tumult, and in the 2019 Black Earth, a painting glorifying thunderstorms and the planet’s fragility. It is also a prescient evocation of the world in crisis, the Pandemic, lives rocked by unfathomable, out of control forces.Tremors are integral to the “Circle of Life” as much as refreshing possibilities, banishing the darkness. All is optimistic in Koi, Kohler’s “love of talking to her neighbor’s fish”–orange, white, brown ones–whirling in a light-infused pond. Now that travel is restricted, her sources of inspiration limited, Kohler lives in her own “pond” of static, frozen motion. She must now be even more inventive than in the past to find illumination. Cut off from swaying olive trees and thunderous, tumbling waves, Kohler must “focus more optimally” to imagine her favored contrasts–light and shadow–and to create her new Keyword series. It honors, for example, “wind that is only visible in the moving leaves.”“Nature surrounds us here in Switzerland, but residencies, travel, all this is impossible now,” she sighs. “I’m still exploding with ideas. One thing in my mind is either the Arctic Circle or Antarctica. Just white. Everything is like a
virgin canvas…What will this provoke in my mind?” 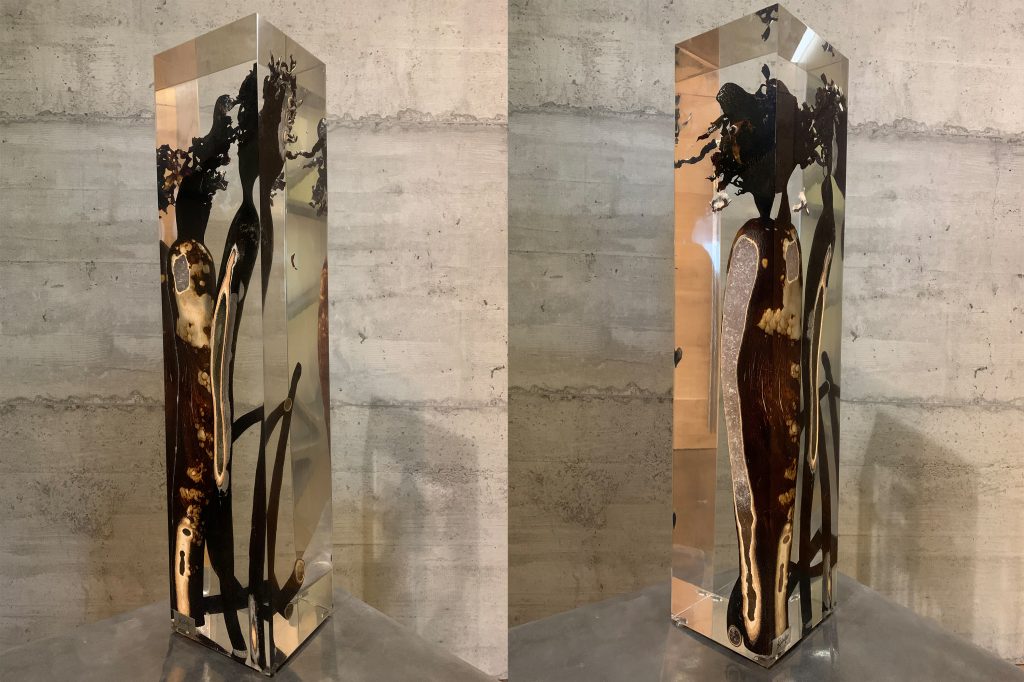 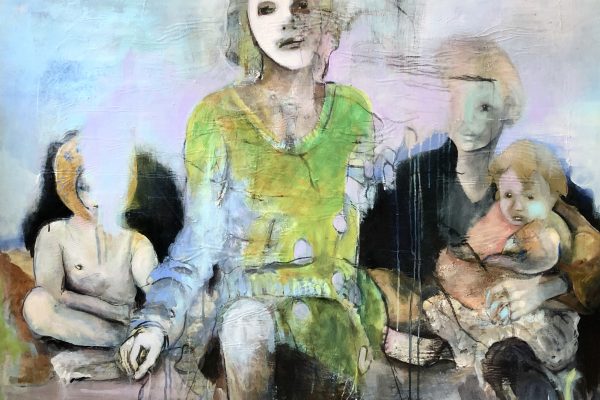 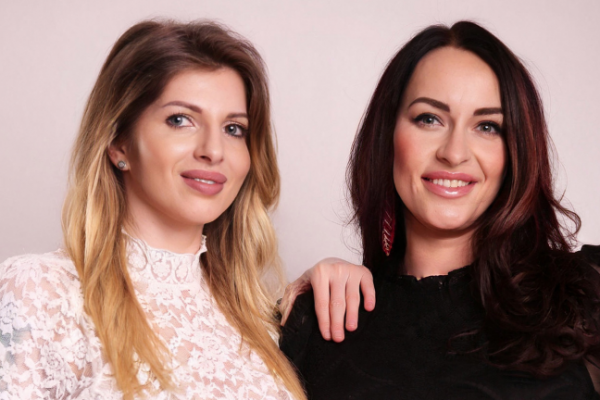 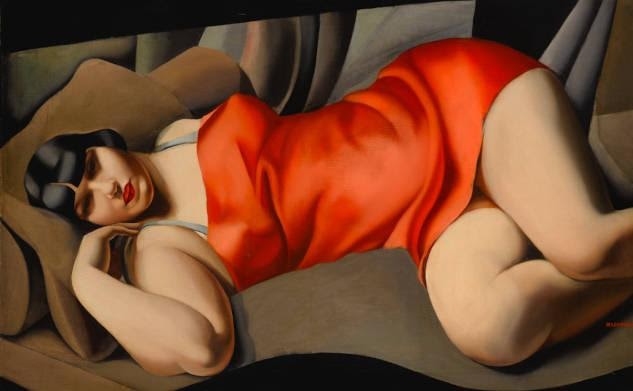 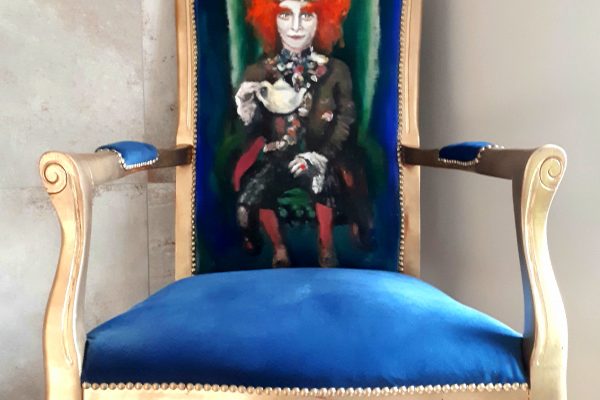